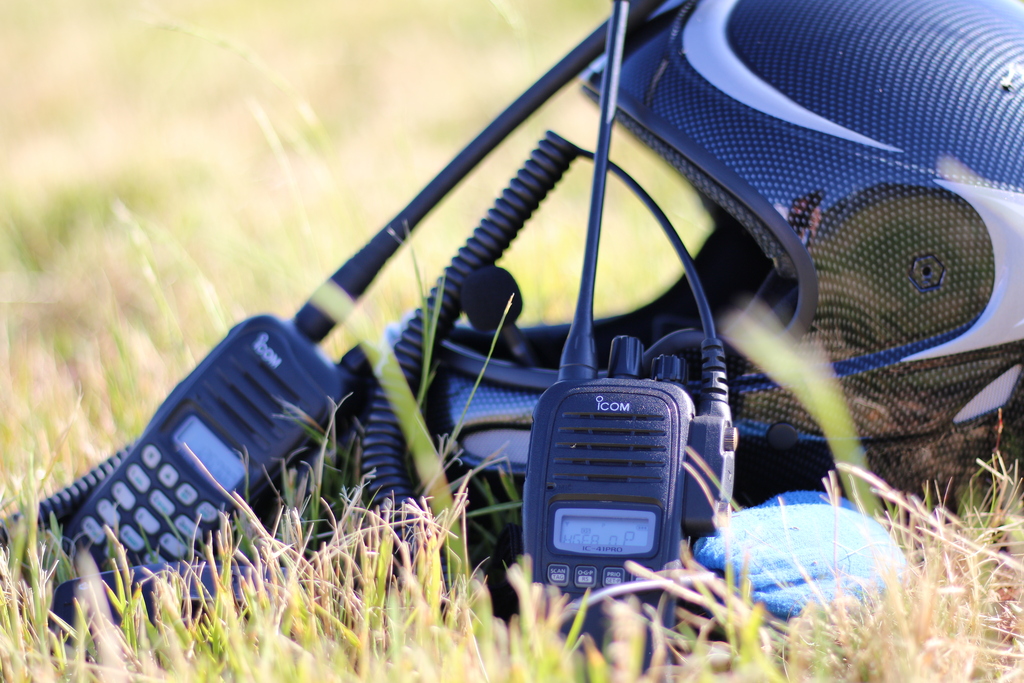 In Australia we have 80 CB channels, in the frequency range of 476.425 MHz to 477.4125 MHz. But SAFA has purchased rights to use another UHF channel outside of this range, at 472.125 MHz. Within that single frequency SAFA have nominated four CTCSS frequencies that pilots can use, so as to make the most of this single channel by dividing it up into four distinct sub-channels. These sub-channels are not quite as good as having four distinct channels, because transmissions on any one of the four will lock others out for the duration of the transmission, even if they are using a different sub-channel1. To make matters slightly more complicated, we also have the option of using the SAFA frequency without tone squelch. We refer to this as SAFA Open, or HGFA Open.

Interactions between the HGFA channels

The SAFA Open channel ignores CTCSS, so it can hear transmissions from any of the other SAFA channels:

The SAFA channels require use of the busy channel lockout feature when using CTCSS. This ensures that we don’t unknowingly transmit over the top of each other when we’re on different sub-channels of the SAFA frequency. The use of busy channel lockout on SAFA Open is unnecessary, as you will be able to hear other pilots transmitting, and won’t interrupt them.

Some time around October 2020 the original HGFA channels were replaced with the new SAFA channels.

The differences can be summarised for ACTHPA pilots as:

What this means for ACTHPA pilots is that we need to get our radios reprogrammed for the new frequencies, though the date for the changeover is unclear. Fortunately the old channels and the new are roughly interoperable, though the quality and volume when using e.g. HGFA1 and SAFA1 may be impaired by the change in bandwidth.